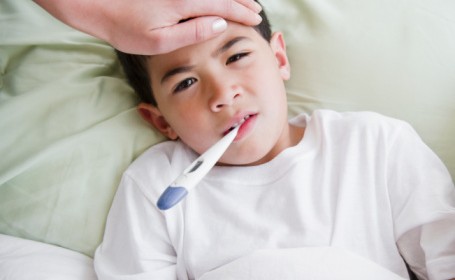 Your immune system is constantly on the defense-fighting germs that could cause infections. Sometimes the “germ” wins but what is the difference between losing an occasional battle and having recurrent infections? How many are too many?

• Need more than four courses of antibiotic treatment per year (in children) or more that two times per year (in adults)?
• Experience more than four new ear infections in one year after 4 years of age.
• Develop pneumonia twice over any time?
• Have more than three episodes of bacterial sinusitis in one year or the occurrence of chronic sinusitis?
• Need preventive antibiotics to decrease the number of infections?
• Develop unusually severe infections that started as common bacterial infections?

If so, these recurrent infections may be a sign of an immunodeficiency disorder.

The immune system is smart and has the ability to learn the “face” of a germ and remember it. Once your immune system has successfully battled it, most people are less susceptible to recurring infections caused by that germ.

An immunodeficiency happens when your body lacks the ability to produce antibodies which attach to germs and destroy them. Secondary Immunodeficiencies result from various conditions including cancer therapies, bone marrow transplantation and immune-modulating drugs used to treat a variety of autoimmune conditions.

Primary Immunodeficiency Diseases (PIDD) comprise a group of more than 100 diseases which are due to defects in the body’s immune system. These diseases affect thousands of infants, children and adults in the United States.

Most PIDD are inherited in our genes, so they are present at birth. Yet they may not become apparent or diagnosed until late in childhood, or even in adult life. It often takes time for a pattern of recurrent infections or other symptoms to develop before a PIDD is suspected.

If you think you have a PIDD, talk to an allergist / immunologist, a pediatrician or internist with two to three years of additional training to manage allergies, asthma and immunodeficiencies. Some PIDD can mimic other conditions including allergies, asthma, or eczema and vice versa, so evaluation by an allergist / immunologist is extremely helpful for reaching a diagnosis and developing an effective treatment plan.

The most common forms of immunodeficiency are often treated with infusions of antibodies called intravenous immunoglobulins (IVIG). IVIG replaces the antibodies that your body is unable to produce.

• The first lines of defense against infection are your skin and the membranes lining the respiratory and digestive system.
• If you have year-round allergies to dust mites, pollen and mold, you may have some damage to your mucus membranes which can increase your chances of infection.

People with immunodeficiency get the same kinds of infections other people get ear infections, sinusitis and pneumonia. The difference is their infections occur more frequently, are often more severe, and have a greater risk of complications.

You can find out more about which cookies we are using or switch them off in settings.

Athens Allergy supports the Kids of Earth, the NGO that cares and supports children from all over the world. Read more or Donate Now

This website uses cookies so that we can provide you with the best user experience possible. Cookie information is stored in your browser and performs functions such as recognising you when you return to our website and helping our team to understand which sections of the website you find most interesting and useful.

Strictly Necessary Cookie should be enabled at all times so that we can save your preferences for cookie settings.

If you disable this cookie, we will not be able to save your preferences. This means that every time you visit this website you will need to enable or disable cookies again.

This website uses Google Analytics to collect anonymous information such as the number of visitors to the site, and the most popular pages.

Please enable Strictly Necessary Cookies first so that we can save your preferences!